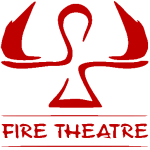 FIRE THEATRE is an independent theatrical company with a specific presence in the theatrical and cultural life of Bulgaria. Since its inception in 1993, it has been active in the fields of Pantomime, Non-verbal Theatre and Open-air Theatre, and for the past 15 years has focused on the development of the Fire Drama – an innovative theatrical form, pioneered by the company, that relies on the synthesis between the ancient and poetical art of Mime, the play and dance with fire, masks, puppets and carnival performative techniques…

FIRE THEATRE Mime Company was created at the end of 1993 by the creative tandem Elena Papadopova (Elena Pap) and Plamen Radev at that time students at NATFA "Krastyo Sarafov" (the most prestigious Bulgarian theatrical academy).

They have been working together since 1985, when they were part of the troupe of Mime-studio "Alba" (which has had a professional status since 1988) under the leadership of Alexander Iliev. When he retired from this post in 1992, Elena and Plamen, along with several other colleagues, took the helm of the troupe for a time, and later began looking for the appearance of their own independent theater company.

1993. Elena and Plamen started their own independent theatrical company, naming it a “Stagecoach” Mime Theatre. Since they didn’t have their own permanent stage, they saw themselves as an "itinerant", “visiting” theatre troupe, which is why they initially chose a name that corresponds to this feature. The company has existed under this name for several months. Its repertoire consisted of programs of pantomimes and clown numbers and also a dramatic play for children "The Flint and Steel" (author's dramatization based on the tale of the same name by H. Kr. Andersen).

In December 1993 Elena and Plamen created their second author's production - a Christmas show for children and a family audience called "Mischiefs by the Christmas tree", which was already being played on behalf of FIRE THEATRE.

FIRE THEATRE continued to take shape - as a concept, goal setting and credo - mainly in 1994/1995. In the process of development of the company the goals and the credo have been revised twice (2017 and 2021). In both cases Elena and Plamen found that they are sustainable and still relevant and valid for their activities and so the credo remains unchanged to this day.

A characteristic feature that determines the creative image of FIRE THEATRE is the presence of "fire" (spiritual radiance, energy, a need for creativity and personal contribution) in every aspect of its activities.

The primary basic striving for the Light (a connection with the Divine and the Nature, seeking for the Wisdom, Truth and Love) brings in terms of content FIRE THEATRE closer to the so-called sacred theater. The presence of Light in all the productions that FIRE THEATRE creates and offers to the audience became the starting point of the common creative worldview of the two creators of company.

This basis determined (and still does) the content, means of expression, methods of work, communication with the audience.

As early as 1994, working on the concept of FIRE THEATRE and reflecting on what should define and distinguish it, Elena and Plamen discovered their creative motto in the dictum of Nikolai and Elena Roerich: "When it's so dark around, let's think about The Light". They also choose a special day to celebrate the "birthday" of their company - May 21, the holiday when, according to Bulgarian tradition, the people pay homage to St.St. Constantine and Helena - the heavenly patrons of the Bulgarian firewalkers “nestinari”, who on this day light for the first time the embers on which they will dance. The celebration of the first anniversary of FIRE THEATRE takes place on May 21, 1994.

FIRE THEATRE creates art that affirms the "bright" side of the Life: joy, harmony, love, connection with the Nature, with the Universe, with the Divine. Its performances and art activities carry these values, and often also a strong educational element (especially for children or those with a stronger social dimension).

The range of target groups addressed by the Fire Theatre’s production as a whole is pretty large: adults, children, youth, families with kids etc.

The performances, actions and art-initiatives of the company enjoy interest and popularity due to their attractiveness and the desire of FIRE THEATRE to provide wide access to them. In this regard, very often the place where one can see the production of the theater is outdoors (in squares, among archaeological sites, in parks, in nature, etc.). The performances themselves are understandable, communicative, accessible and attractive not only to the erudite theatrical spectator, but also to those who are sensing the magic of theatrical art for the first time.

The art of FIRE THEATRE is based on Mime, Mimodrama and Pantomime, Non-verbal and Visual theater. The palette of its means of expression includes as well: speech, music, masks and puppets (including non-traditional ones: fire puppets, balloon puppets, puppets made by wood and natural materials, from paper, large size puppets, etc.). The performing techniques used in the productions include also circus and carnival techniques, as well as methods and elements coming from the Folklore and Ethno Theater - incl. originating from foreign cultures.

FIRE THEATRE works on a project basis. Over the years, a wide community of like-minded artists of different ages and with different nationalities, background, experiences and education, sharing the FIRE THEATRE’s values, understanding for theatre and style has been formed. We still work with most of them to this day. We are also happy to work with new artists.

Since 2008, FIRE THEATRE has been working in an international format, providing an opportunity for meeting and creative dialogue between young artists from different countries (EU, Mediterranean, Eastern Europe, Balkan region, etc.).

Since 2006, the live fire has become a companion, a major "partner" in performances and a basic means of expression in the field of "Fire Art and Fire Drama".

Characteristic of FIRE THEATER is that in each of his creative projects are present:

FIRE THEATRE has presented its work at many prestigious international festivals and cultural forums in Bulgaria (ITF "Varna Summer", ITF for puppet and street theatre "The Puppets’ Fair", ITF for puppet and outdoor theatre for adults "Piero", etc.) and abroad (USA, France, Austria, Netherlands, Germany, Korea, India, Turkey, Greece, Serbia, Romania). On the recommendation of the Ministry of Culture and with the assistance of the Ministry of Foreign Affairs, the company represents Bulgaria at the Rhythm of Europe Festival in Istanbul (2014) and the Kids Euro Festival (2013) in Washington DC, USA (Kennedy Center). A specially created fire performance of FIRE THEATRE (co-production with their colleagues from “The theatre of Lights and Shadows Fireter") was presented for the opening of the program of "Plovdiv - European Capital of Culture'2019". Besides that, the project "Aylak Parade", realized by FIRE THEATRE with partners from England, Italy and the host city of Plovdiv involved over 800 participants and became one of the highlights of the Plovdiv – European Capital of Culture’s year.

Until the beginning of the 2022 seventy four (74) foreign young artists from twenty four (24) different countries (France, Spain, Italy, Portugal, Germany, Northern Ireland, Denmark, Sweden, Norway, Luxembourg, Lithuania, Latvia, Poland, the Czech Republic, Hungary, Serbia, Slovenia, Romania, Greece, Macedonia, Lebanon, Ukraine, Palestine, Jordan) took part in the productions of FIRE THEATRE. Many of them were participants in EVS and ESC projects of the FIRE Theatre-Art-Culture FOUNDATION and were working with us in Bulgaria for a period of two (2) to twelve (12) months.

Since its start, FIRE THEATRE has been an itinerant, visiting company. Since 2020, together with the Hub for Fire Theatre Foundation, FIRE THEATRE is engaged in the development of FIRE art-eco CENTER, a creative open-air research center in nature (located 70 km. from Sofia), where one of the leading activities is to provide the optimal conditions for the creation and presentation of large-scale theatrical productions using live fire. The FIRE art-eco CENTER has a large open-air stage (500 m2) called FIRE ARENA. The project is under development.

Legally FIRE THEATRE is represented by the FIRE Theatre-Art-Culture FOUNDATION. 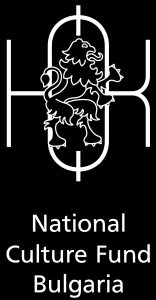